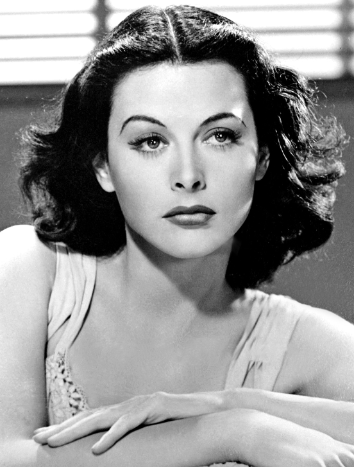 Extreme Networks and I would like to wish a happy 108th birthday to famous technology pioneer and actress Hedy Lamarr. If it had not been for Hedy Lamarr, we probably would not be using Wi-Fi, Bluetooth, and other RF technologies that we take for granted in our everyday lives. Hedy Lamar was born on November 9th, 1914 in Vienna. She was a famous actress who starred in many Austrian, German, and Czech films before she fled Europe in 1937 and immigrated to the United States. Her successful film career continued in Hollywood.

You might say, “Seriously, a Hollywood actress invented Wi-Fi?” The answer would be that Hedy Lamar was so much more than an actress, she was an inventor and technology innovator.

Frequency-hopping spread spectrum (FHSS) radio technology was originally patented on August 11, 1942, by actress Hedy Kiesler Markey (Hedy Lamarr) and composer George Antheil. It was originally designed to be a radio guidance system for torpedoes, a purpose for which it was never used. The idea of spread spectrum was ahead of its time. During World War II, Lamarr learned that RF-controlled torpedoes of the United Sates Navy, could easily be jammed by the enemy and veered off-course. This made it more difficult to sink the enemy’s ships. So, Hedy Lamarr brilliantly came up with the idea of a frequency-hopping RF guidance system that would be very hard to jam. Together with George Antheil, they created a RF transmitter device that emulated player-piano capabilities… and frequency hopping was born. They filed a patent in 1942, however, the US government immediately classified the technology. FHSS was not used in time for World War II.

Figure 2 – US Patent for Frequency-Hopping

It was not until 1957 that further development on spread spectrum occurred, and in 1962 frequency-hopping (FHSS) was used for the first time between the US ships at the blockade of Cuba during the Cuban Missile Crisis. FHSS was declassified in the 1970s. Sadly, neither inventor made any money from their patent because it expired before the technology was developed.

FHSS radios use a predefined hopping sequence (also called a hopping pattern or hopping set) comprising a series of small carrier frequencies, or hops. Instead of transmitting on one set channel or finite frequency space, an FHSS radio transmits on a sequence of subchannels called hops. Each time the hop sequence is completed, it is repeated. Figure 3 shows a make-believe hopping sequence that consists of five hops.

The original IEEE 802.11 standard mandated that each hop be 1 MHz in size. These individual hops were then arranged in predefined sequences. In North America and most of Europe, the hopping sequences contained at least 75 hops but no more than 79 hops. Other countries had different requirements; for example, France used 35 hops, whereas Spain and Japan used 23 hops in a sequence. For successful transmissions to occur, all FHSS transmitters and receivers must be synchronized on the same carrier hop at the same time. Hopping sequences that could be configured on an FHSS access point, and the hopping sequence information was delivered to client stations via an 802.11 beacon management frame.

Dwell time is a defined amount of time that the FHSS system transmits on a specific frequency before it switches to the next frequency in the hop set. The local regulatory body typically limits the amount of dwell time. For example, the FCC specified a maximum dwell time of 400 milliseconds (ms) per carrier frequency during any 30-second period of time. Typical dwell times are around 100 ms to 200 ms. The original IEEE 802.11 standard specified that a hopping sequence consist of at least 75 frequencies, 1 MHz wide. Because the standard specified a maximum bandwidth of 79 MHz, the maximum number of hops possible for a hop set would be 79. With an FHSS hop sequence consisting of 75 hops and a dwell time of 400 ms, it would take about 30 seconds to complete the hop sequence. After the hop sequence is complete, it is repeated. Because Wi-Fi FHSS transmissions jump inside a frequency range of 79 MHz, a narrowband signal or noise would disrupt only a small range of frequencies and would produce only a minimal amount of throughput loss. Decreasing the dwell time can further reduce the effect of interference. Conversely, because the radio is transmitting data during the dwell time, the longer the dwell time, the greater the throughput.

Hop time is not a specified period of time but rather a measurement of the amount of time it takes for the transmitter to change from one frequency to another. Hop time is typically a fairly small number, often about 200 to 300 microseconds (μs). With typical dwell times of 100 to 200 milliseconds (ms), hop times of 200 to 300 μs are insignificant. Insignificant or not, the hop time is essentially wasted time, or overhead, and is the same regardless of the dwell time. The longer the dwell time, the less often the transmitter has to waste time hopping to another frequency, resulting in greater throughput. If the dwell time is shorter, the transmitter has to hop more frequently, thus decreasing throughput.

We no longer use frequency hopping for Wi-Fi, and we have moved on to other RF technologies such as orthogonal frequency-division multiple access (OFDMA). However, we use frequency-hopping for our Bluetooth devices and other radio transmitters. Needless, to say, had it not been for Hedy Lamarr, we might not have Wi-Fi or Bluetooth!

If you would like to learn more about the interesting history of frequency-hopping, search the Internet for Lamarr and Antheil. Even better, I highly recommend you take the time to watch an outstanding film documentary “Bombshell – the Hedy Lamarr Story”. This is a great documentary about the fascinating life of Hedy Lamarr.

It should be noted that, as with all technologies, great minds very often think alike, yet different paths often lead to innovation. For example, Ellison Purington filed a patent application in September 1940, a year before Lamarr and Antheil applied for their patent. He proposed “wobbling” the frequency of a radio signal to reduce interference from other transmitters. I highly recommend an American Scientist article, “Random Paths to Frequency Hopping” by Tony Rothman, which details contributions from many other researchers and scientists.